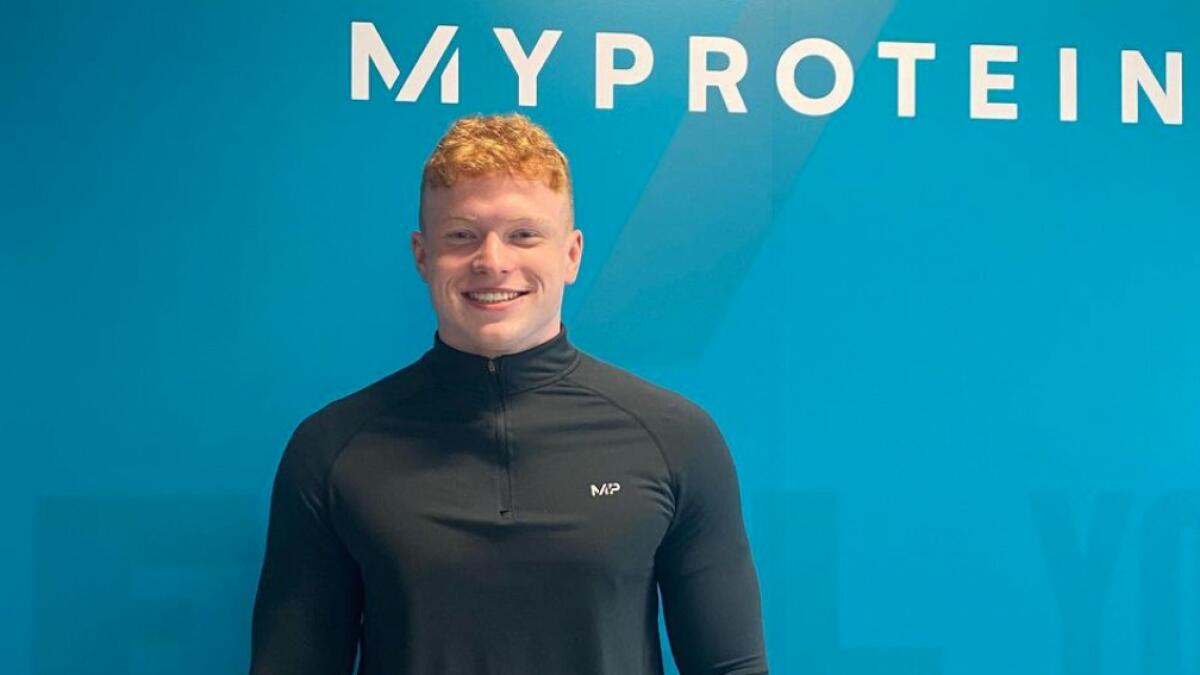 Westmeath native, James Doyle, officially broke the internet with his Mullingar accent after his ‘Protein Bor’ videos went viral not too long ago.

Doyle is best known for his food and gym reviews, his general fitness related videos and of course, his very distinctive country accent.

Originally from Killucan, James moved to Leitrim at a young age but returned to his grandmother in his home village every summer.

He is now living in Dublin for college but works as a labourer here in Mullingar when he isn't studying.

We caught up with James to ask him how he feels following his insane TikTok fame.

“The whole trend started with how I was saying ‘Protein Bor’.

“It started with people just taking the mick out of my accent. I don't mind, sure growing up in Ireland, you have to get used to the slagging. It's a given and I’m so used to it by now.

“So when everyone online started slagging me, I just kinda went along with it too and then all of a sudden it took off and ‘Protein Bor’ was everywhere.”

James’s accent landed him a surreal viral moment that every Irish TikTok user was talking about for a solid week.

“The trend is completely harmless and was actually beneficial for everyone. It boosted engagement everywhere, all across TikTok especially for Irish creators.

“Of course I benefited, I gained thousands of followers obviously. It was absolutely surreal watching the numbers going up. I was watching my notifications and they were going ninety!

“I still can’t get my head around it really. I went to my club's training and was talking to the lads after and we realised I was the first ever player in the club to get sponsored by My Protein or anything like that, like it's mad.

“It is absolutely mental but I’m so thankful for everything.”

He told the Westmeath Examiner why and how he first started posting fitness related videos on the platform.

He said: “I was going to the gym seven or eight months already and I was making incredible progress so I kinda wanted to document it on TikTok.

“I showed one of the videos to my room mate one day. I didn’t want to seem like a fool or full of myself but he said that I was making great changes and to go and post the video, so I did.”

James said that he wanted to show “young lads” that making changes to your body and becoming a healthier version of you is well within their reach.

Showing his own progress was a means to inspire them to do the same.

“I wanted to almost inspire people to get up off their ass and do something.”

Already very motivated in the gym, James applied that determination to his videos.

He said that once he started uploading, he wanted to keep doing it and do it right.

“I put my head down and made sure I posted as much as possible.”

Since his first TikTok post in April, James now has over 304,000 fans on TikTok, 10.3 million likes on the platform and he has 21,000 Instagram followers enjoying his videos.

He is a soaring success and not only has he secured a deal with Europe's number one sports nutrition brand, My Protein, he has also teamed up Hairy Baby Tees, a t-shirt making company and is now selling ‘Protein Bor’ t-shirts.